Thanks to all who attended!

Thanks to all who attended our 2019 Annual Chapter Banquet, and special thanks to this year’s keynote speaker Tyler Socash.

We have posted some photos from the event here.

Come for a great meal and the opportunity to mingle with fellow adk supporters! Winners in our 2019 members photo contest will be announced at the banquet.

Enter the raffle for a chance to win a stunning Carl Heilman photograph of Indian Head! 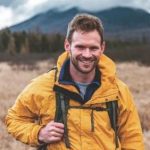 Tyler Socash is the Adirondack Mountain Club’s Outdoor Skills Coordinator. He believes in fostering a personal connection with our public lands through exposure, education, and stewardship. The day after completing his master’s degree at the University of Rochester, Socash embarked on a 7,000-mile thru-hiking journey across the Pacific Crest Trail, Te Araroa in New Zealand, and the Appalachian Trail. This grand immersion into wilderness inspired him to defend rare wildlife habitats in New York State’s Adirondack Park. He joined the Adirondack Wilderness Advocates as an activist to promote the intangibles of wildness and their benefits to humanity. In an effort to meld humor with conservation efforts, Socash also co-created and co-hosts Foot Stuff Podcast, which spotlights outdoor adventure, antics, and activism around the country.

Mail the completed form along with payment to the address provided on the form.